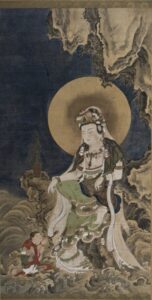 Embodying Compassion in Buddhist Art: Image, Pilgrimage and Practice  was the first transcultural exhibition in America solely devoted to the bodhisattva Avalokiteshvara, who emerged in India two thousand years ago to become a venerated deity throughout Asia. Like all bodhisattvas, this figure selflessly leads others to enlightenment, but Avalokiteshvara’s special role is to exemplify limitless compassion, a fundamental ideal in Mahayana Buddhism. Sometimes appearing as male, sometimes female, he is known as Chenrezig in Tibet, Guanyin in China, and Kannon in Japan. 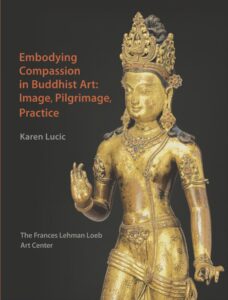 The exhibition catalogue can be viewed or downloaded by clicking on the above cover image.

An in-depth website that explores the exhibition's images and themes can be found here.

This exhibition was held in the  Focus and Project Galleries from April 23 to June 28, 2015.

The objects in this linked gallery demonstrate the many ways that artists have represented Avalokiteshvara throughout the centuries. 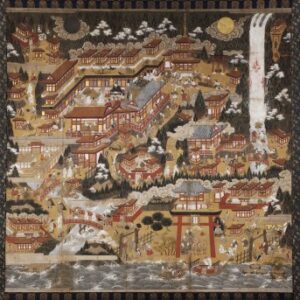 In medieval India, Avalokiteshvara’s legendary island Potalaka represented the ultimate destination for seekers of the bodhisattva. As his worship spread throughout Asia, each country established its own locations for face-to-face encounters with the deity. The objects in this linked gallery  depict the countless pilgrims seeking worldly and spiritual benefits from sacred sites. 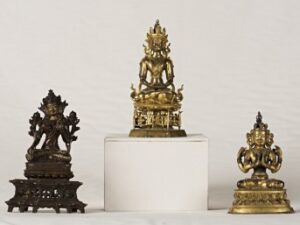 The objects in this linked gallery relate to daily spiritual activities, such as spinning prayer wheels, reading, copying or venerating sutras, paying homage to statues and paintings, reciting mantras, and engaging in elaborate Vajrayana techniques of visualizing the deity.