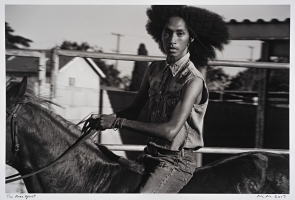 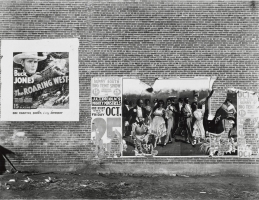 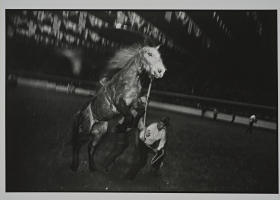 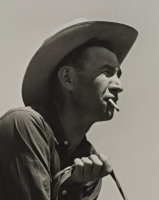 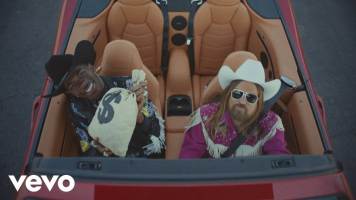 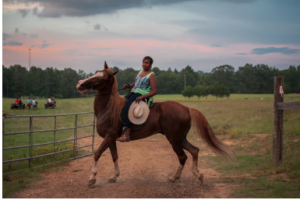 Blazing Saddle: Reimagining the American West features a selection of black-and-white photographs from the Frances Lehman Loeb Art Center collection, alongside digital color images and a music video, that addresses central myths of the American experience associated with horseback riding, ranch labor, cowboys, and rodeo culture. In a recent article in the New York Times, Sarah Maslin Nir wrote, “The contribution of black people to the taming of the American West has long been whitewashed from history. From Hollywood depictions to textbooks, black people—who made up a quarter of all cowboys—have been largely erased from the frontier narrative.”

The earliest photograph in the exhibition was made by Walker Evans in Alabama in the 1930s. His photograph evokes the all-black cast Westerns Two-Gun Man from Harlem (1938), Harlem Rides the Range (1939), and Bronze Buckaroo (1939). Included works by Arthur Rothstein and Garry Winogrand present vivid imagery from a Montana ranch in 1939 to a Texas rodeo in 1974 illustrating the rugged masculinity often associated with the culture of the American West and glorified in the Western film genre.

The human connection with horses—which dates back thousands of years—has been woven into American popular culture. Works by Rory Doyle and Melodie McDaniel offer a glimpse of African-American communities with long histories of keeping, training, and riding horses. McDaniel’s work, which depicts Compton youth with their horses in urban locations, reveals the connection and bond that riders develop with their animals, as well as independence and stoic pride. Rory Doyle offers intimate images of a Mississippi community. Both artists complicate narratives of Western and English riding as recreational yet deeply personal. In Blazing Saddle: Reimagining the American West, images of urban cowboys come into intertextual dialogue with Lil Nas X’s popular music video for the hit song “Old Town Road.”

This Hoene Hoy Photography Gallery exhibition was curated for the Film 218: Genre: The Western class in spring 2020.