Paintings, prints, drawings, and photographs by Mexican artists, as well as those born elsewhere but who were active in the country, comprise a small but rich portion of the collection of the Frances Lehman Loeb Art Center. In conjunction with the current loan exhibition, Miracles on the Border: Retablos of Mexican Migrants to the United States, the best examples of these are on display together for the first time. The works were produced between the 1920s and 1970s, reflecting a wide array of aesthetic approaches, media, and subject matter.

The dozen and a half Latin American objects were all given to Vassar College between 1953 and 2008 by eleven different donors, beginning with Blanchette Hooker Rockefeller, Class of 1931, and most recently by Mauricio Pajón, Class of 1999. 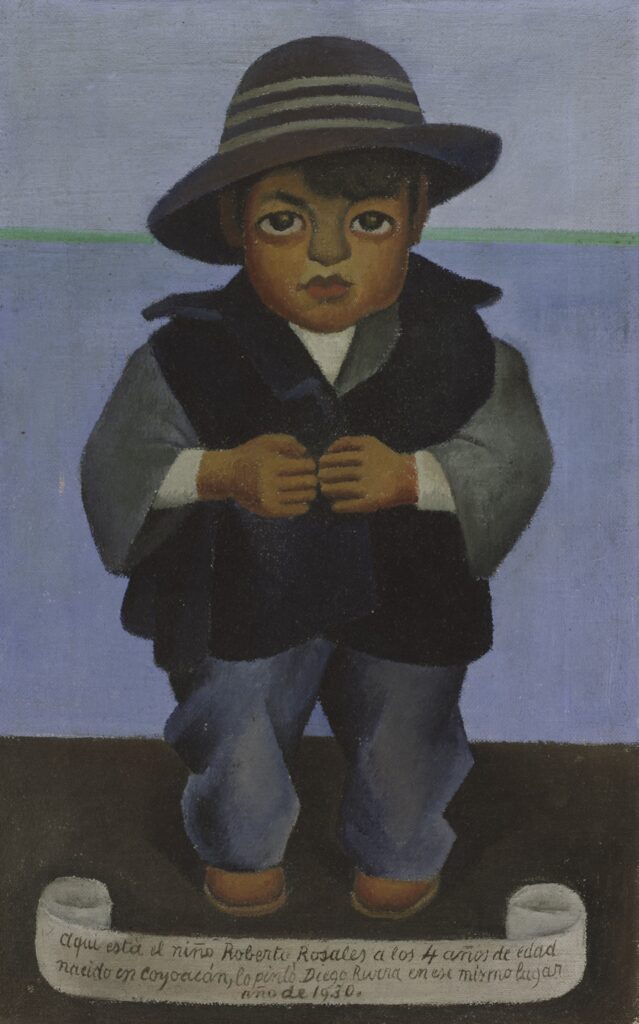 The young boy in this portrait by Diego Rivera is invested with a gravitas that seems to belie his age. Wearing a hat, holding hands to his chest, his pose conveys a focused formality. An inscription in Spanish states, “Here is the boy Roberto Rosales at 4 years old, born in Coyoacán, painted by Diego Rivera in that same place in 1930.” Rivera underlines the individuality of his subject, as well as his connection to Coyoacán, a historic area of Mexico City that was built on the site of a pre-Columbian settlement. This portrait is a key example of Rivera’s many portraits of children, and was included in his 1931 retrospective at the Museum of Modern Art in New York. 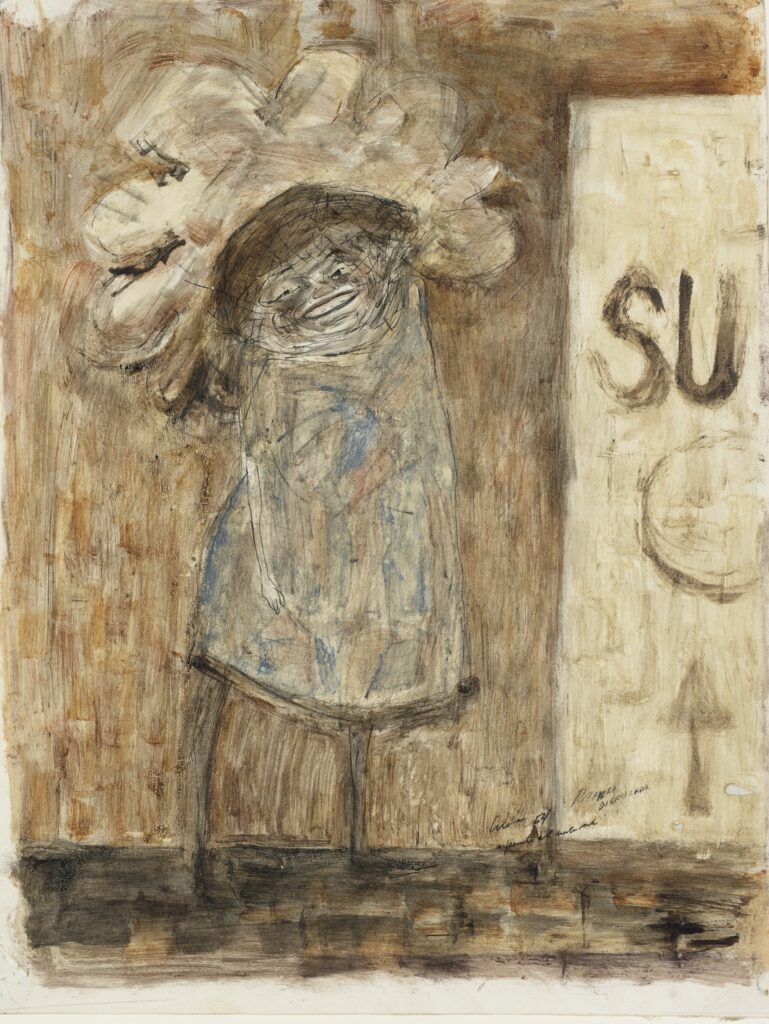 In José Luis Cuevas’s Visiting the Fortune Teller, a woman with a comically large flounced hat stands on pin-like legs next to a sign, grinning at the viewer. An inscription makes explicit that she is a streetwalker. Cuevas’s art often displays a fascination with those on society’s fringes, which he approached with a degree of both empathy and humor. Here he distorts and exaggerates the figure, using scratchy lines and smudged earth tones. This early work conveys his interest in the grotesque as expressive of the human condition, and a central part of modern life. Cuevas was part of the “Rupture Generation” in Mexico, which rejected the dominance of mural art by artists such as Diego Rivera. 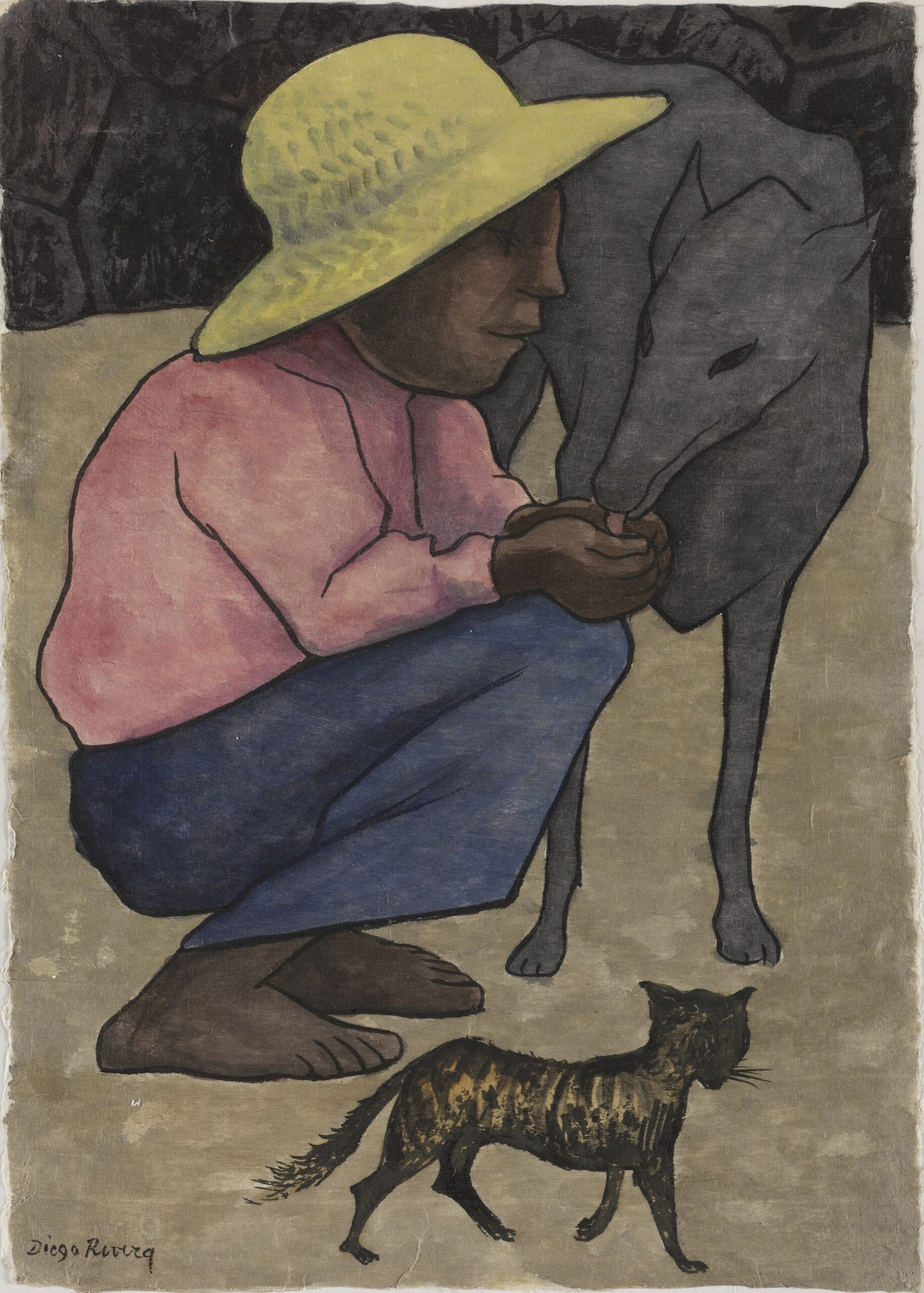 While Diego Rivera is best known for his complex multi-figure murals, his drawings and watercolors often present close observations of individual subjects. Crouching Boy Feeding Dog depicts a moment of empathetic connection between a barefoot young peasant boy and his canine companion. Emphasizing the intimacy of the boy’s gesture, Rivera places his face close to the dog that licks food gently from his cupped hands, while the cat walking by serves as a solitary foil. Rivera made many drawings and paintings of children, which formed an important part of his larger project of capturing the everyday life of the people of Mexico. 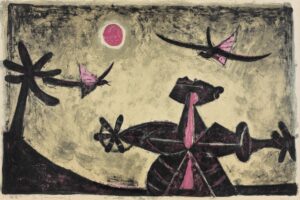 Rufino Tamayo’s lithograph Aztec Landscape presents an enigmatic encounter between man and bird in a spare landscape. Soaring against a dusky sky with sharp red and black silhouettes, the birds might be read as harbingers of peace or potential violence. Below, a figure with dramatically outspread arms looks up, echoing the birds with a similarly ambiguous gesture. Tamayo gained renown at mid-century for artworks that combined European modernism with pre-Columbian and Mexican folk art, and he often depicted animal and avian subjects. With a title that references Mexico’s history, Tamayo’s print might be seen to evoke questions about Mexican national identity through an abstract yet symbolic lens. 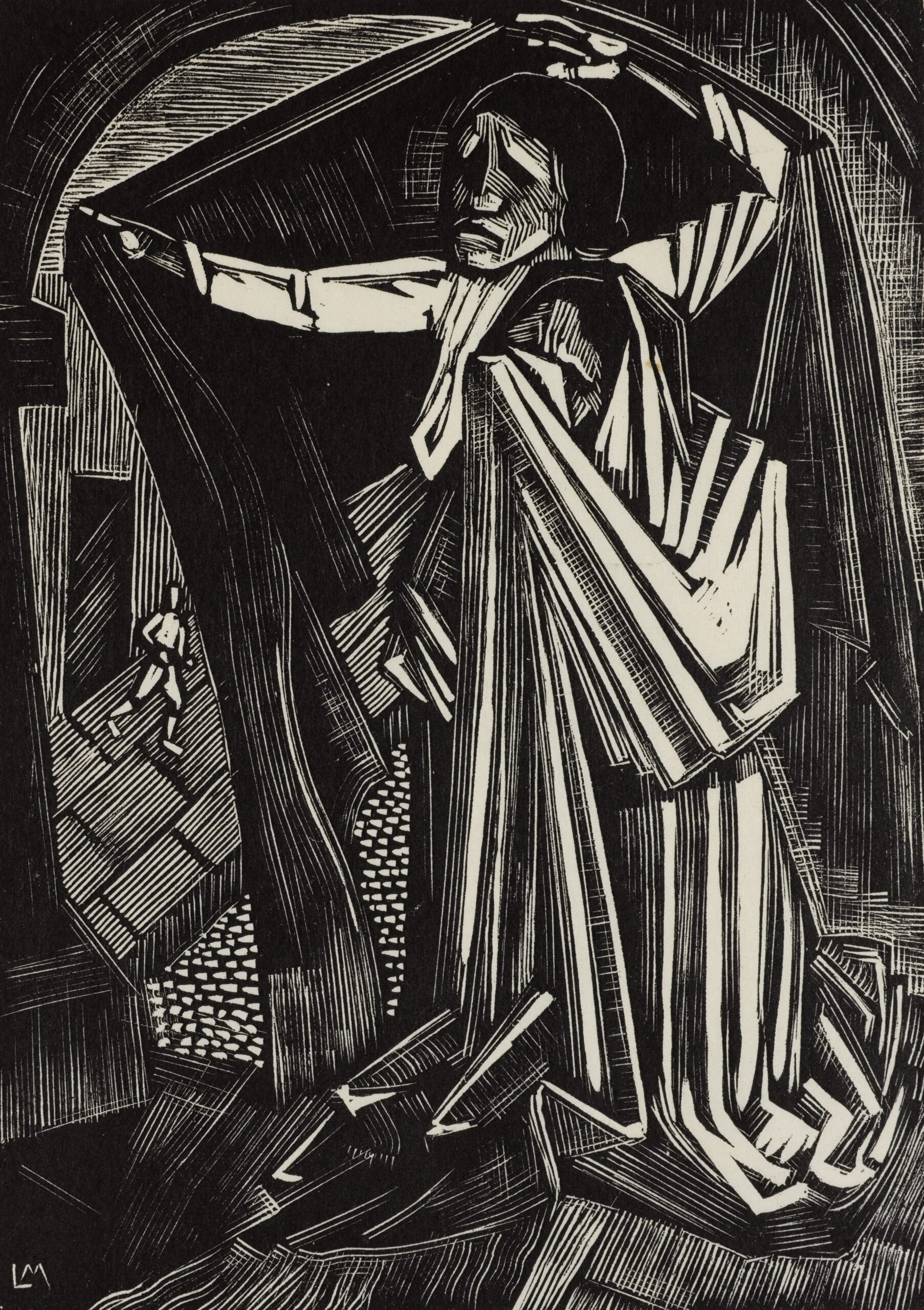 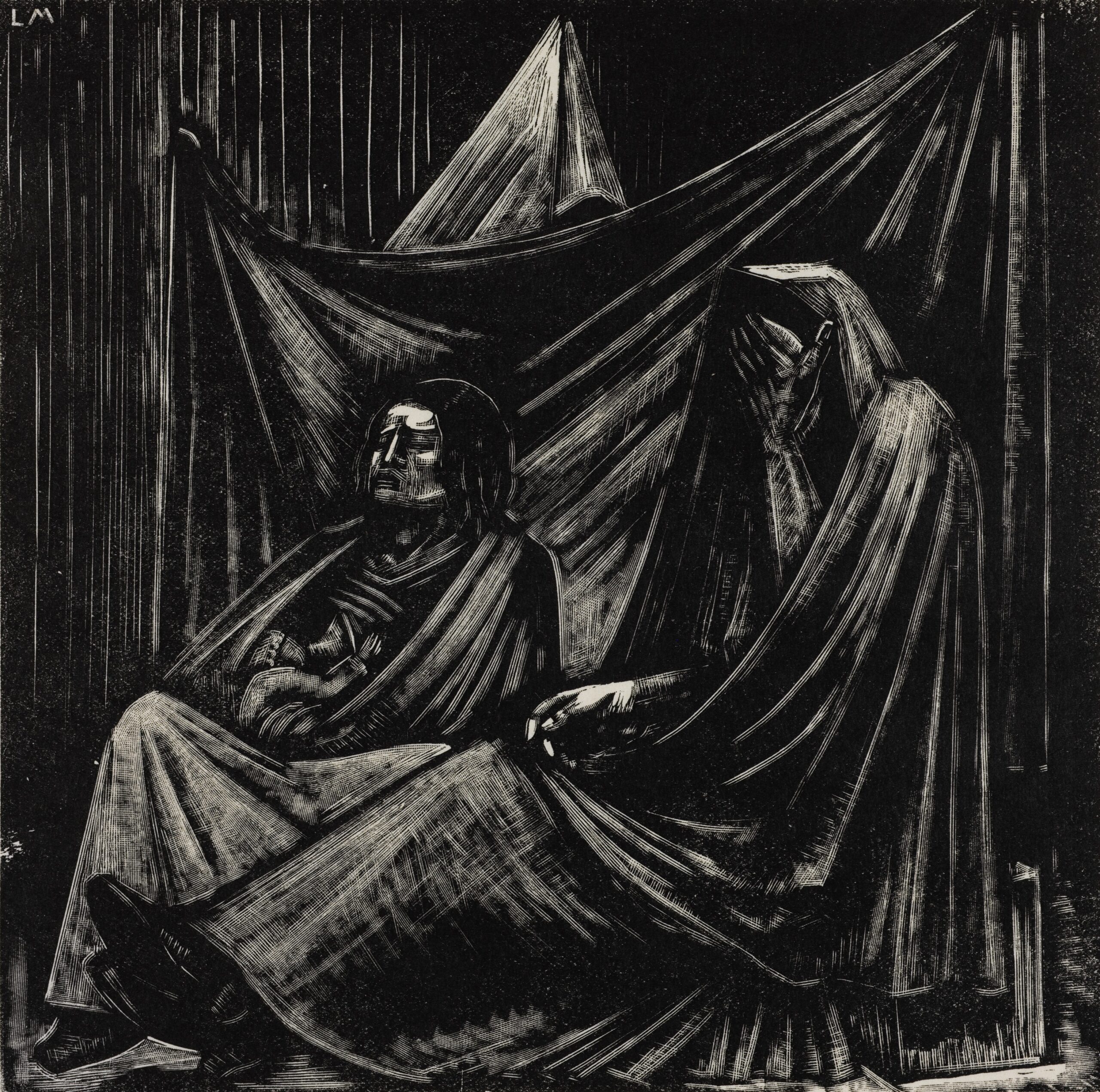 Leopoldo Méndez’s The Women and Weeping Women offer expressive depictions of anonymous female figures. Each woodcut print contrasts a figure with a mournful expression with one who covers her face, while dramatic folds of heavy drapery seem to amplify their inner turmoil. While recalling religious subjects such as the lamentation of the Virgin, the precise context is not made clear, inviting viewers to read the figures’ distress as broadly representative of collective turmoil and suffering. Méndez was a prolific artist and activist who came of age in the wake of the Mexican Revolution and used his art to oppose injustice, fascism, and war. He became well known for images depicting violence and oppression, particularly in his graphically bold woodcuts. 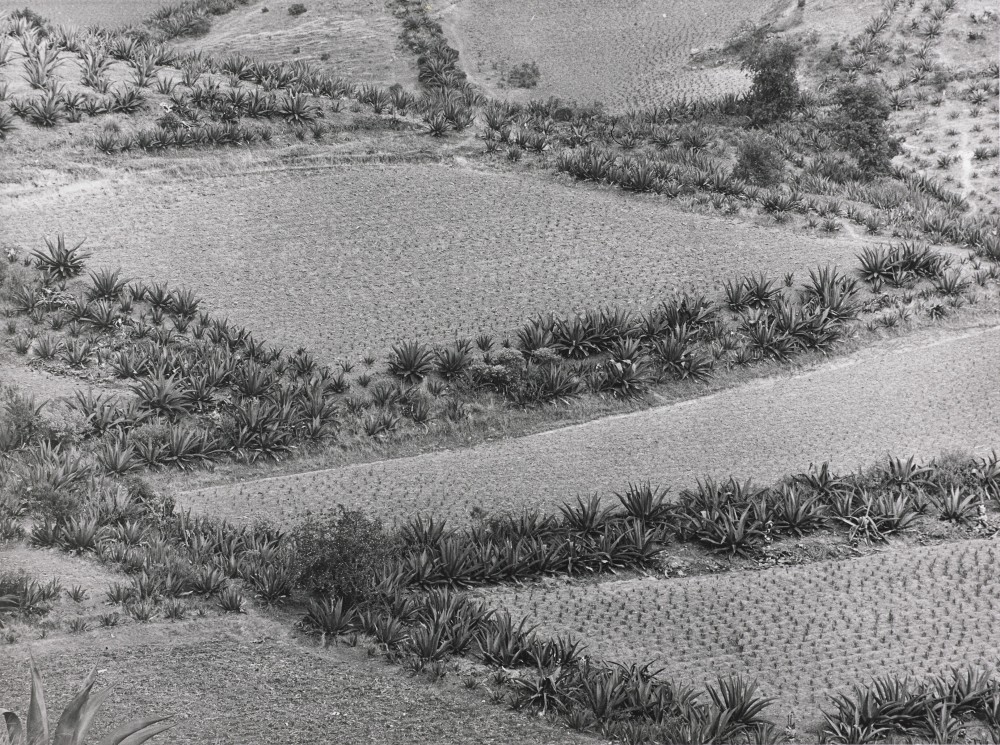 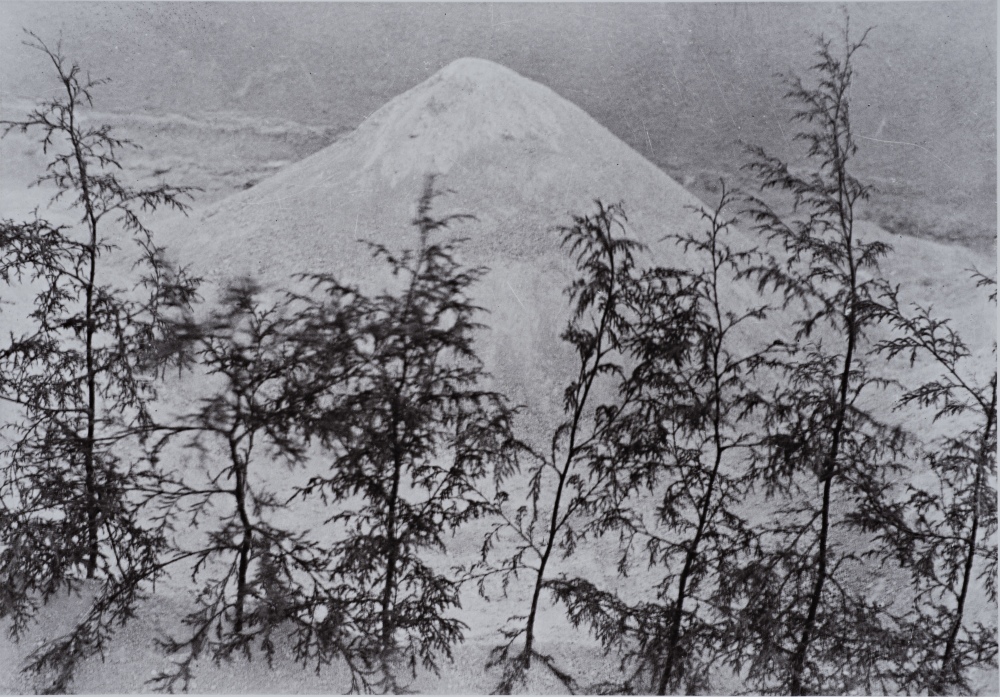 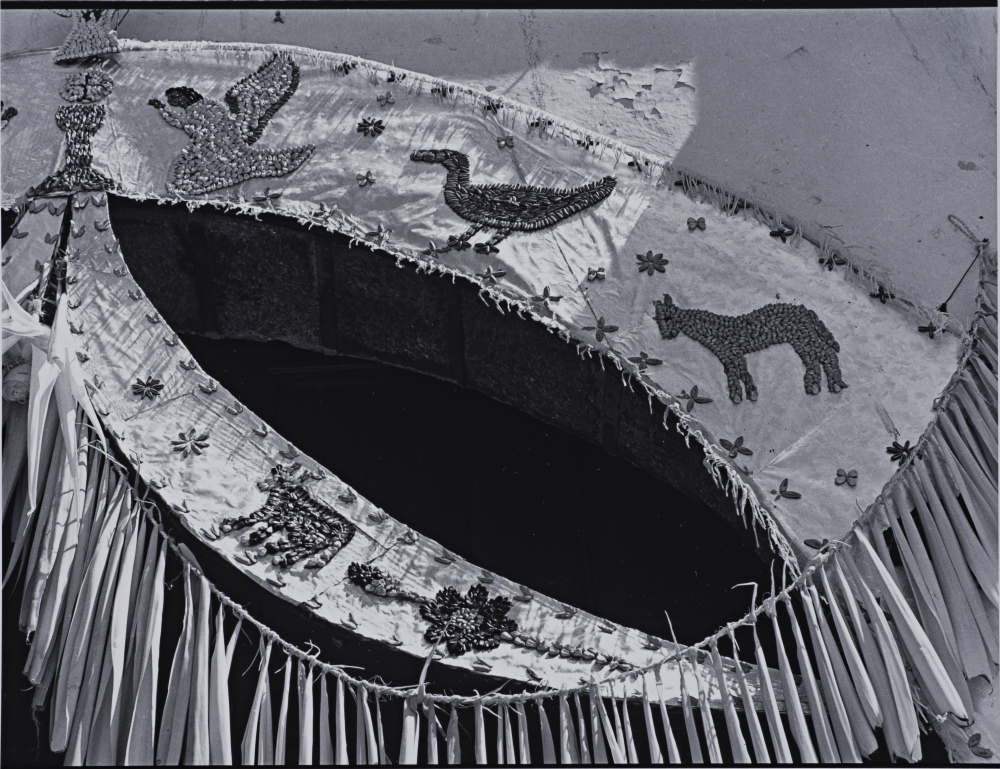 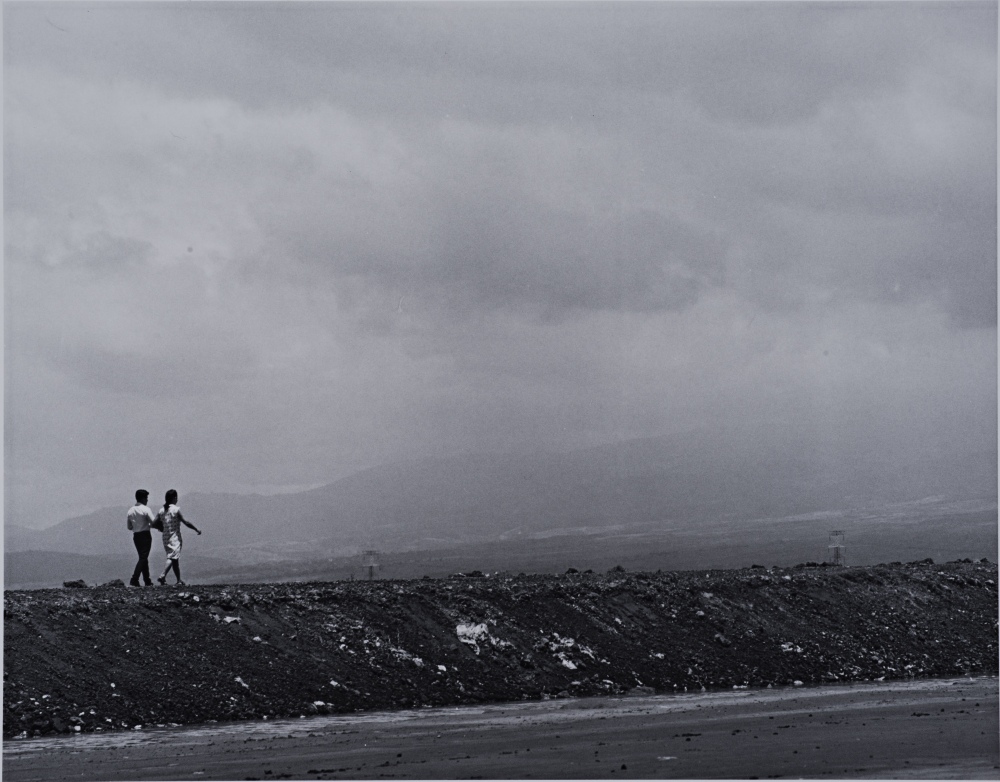 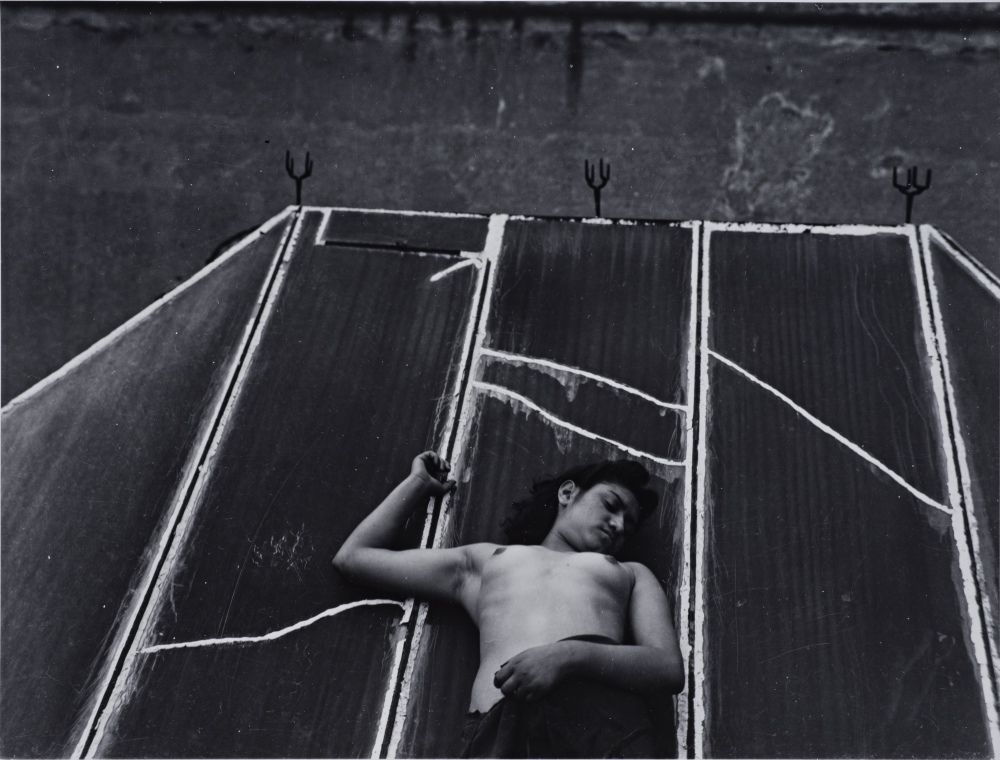 Mexican artist Manuel Álvarez Bravo is one of the most celebrated photographers of the twentieth century. He created works that evoke a complex picture of modern Mexican culture, often imbuing the mundane with a sense of mysterious symbolism and sensuality. Greatly admired by the surrealists, Alvarez Bravo’s photographs explore the cultural roots of Mexico and their confrontation with modernism. These five photographs demonstrate how Alvarez Bravo’s compositions often play with abstraction and enigmatic effects. His works show the influence of American and European avant-garde aesthetics as well as indigenous cultures, as in the close-up view of a headdress in Votos (Votive Offering). Arena y pinitos (Sand and Small Pines) conceals an element of surprise; it is a staged photo of a pile of sand that humorously parodies idealizing views of the Mexican landscape. 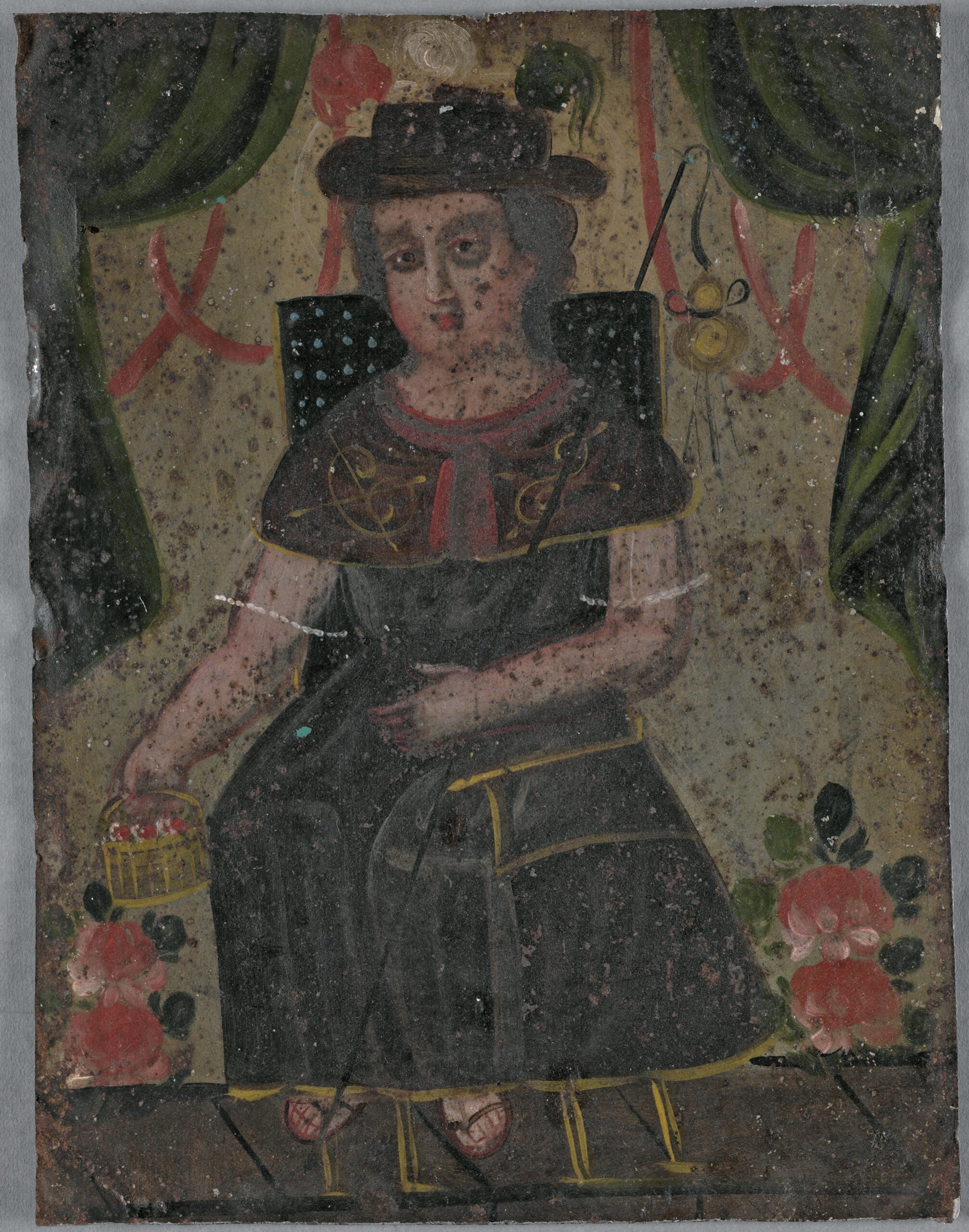 Santo Niño de Atocha is a popular depiction of Christ as a pilgrim carrying a staff fastened with a drinking gourd, and a basket of food or flowers. As the patron saint of pilgrims, he is believed to roam the land to offer help to those in need. While his origins trace back to thirteenth-century Spain, devotion to Santo Niño de Atocha became widespread in Latin America and the United States, manifested in numerous retablos, prayer books, oral traditions and yearly pilgrimages held in his honor. He often serves as a symbol of protection for laborers moving between the border of Mexico and the United States, and here his hat is festooned with plumes in the colors of the Mexican flag. 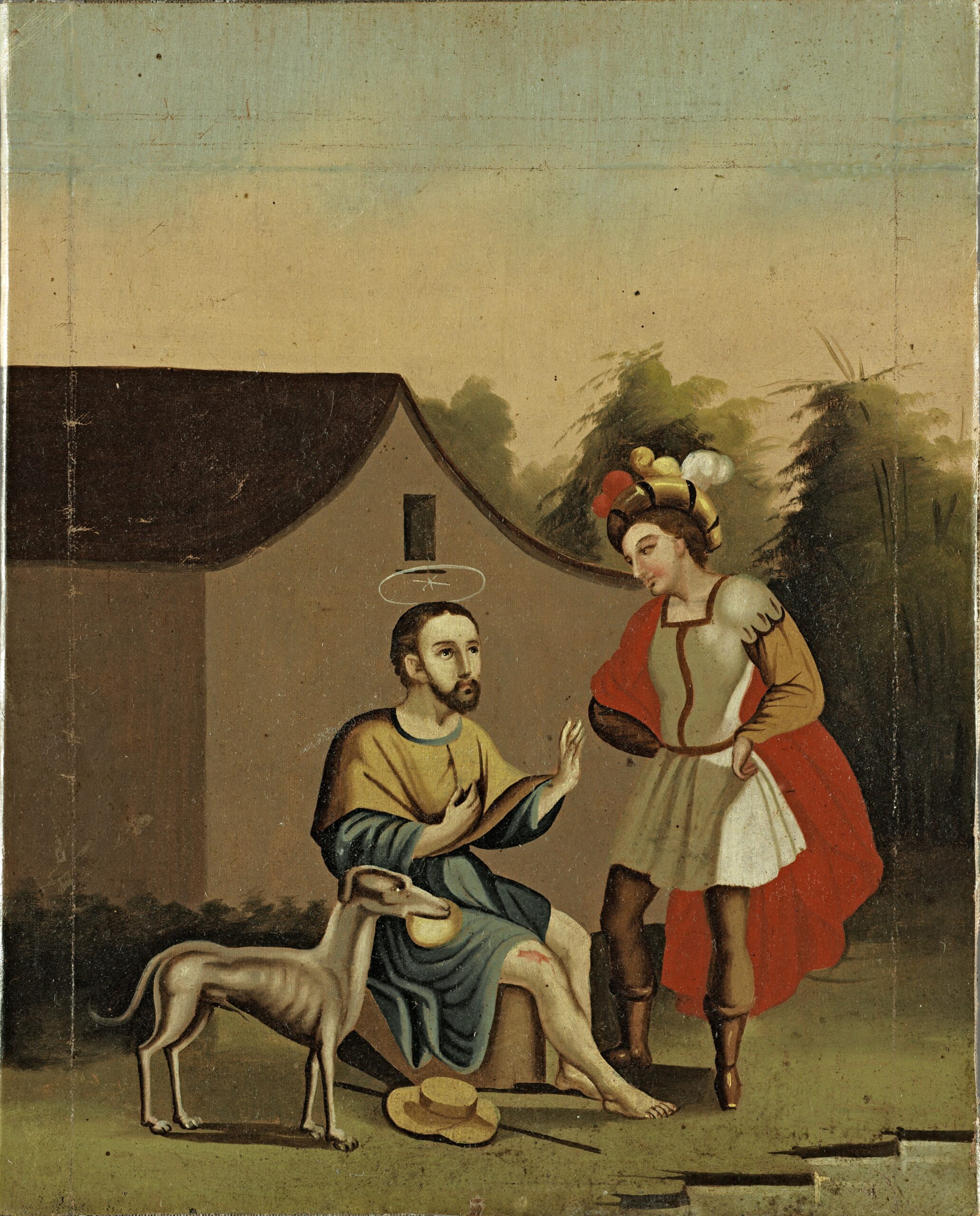 St. Roch (or St. Rocco) is a fourteenth-century Catholic saint who is celebrated as a protector against contagious diseases. On a pilgrimage to Rome, he suffered from the plague and helped cure other victims through prayer, and was subsequently invoked in prayers of hope and healing. This retablo shows St. Roch in his pilgrim’s attire with an open sore revealed on his leg. It relates to an episode where he had been banished from the city after contracting the plague, and a nobleman’s hunting dog miraculously brought him bread and licked his wounds. Upon finding St. Roch, the nobleman then became his acolyte. This retablo might be seen to suggest the power of devotion as well as divine healing. 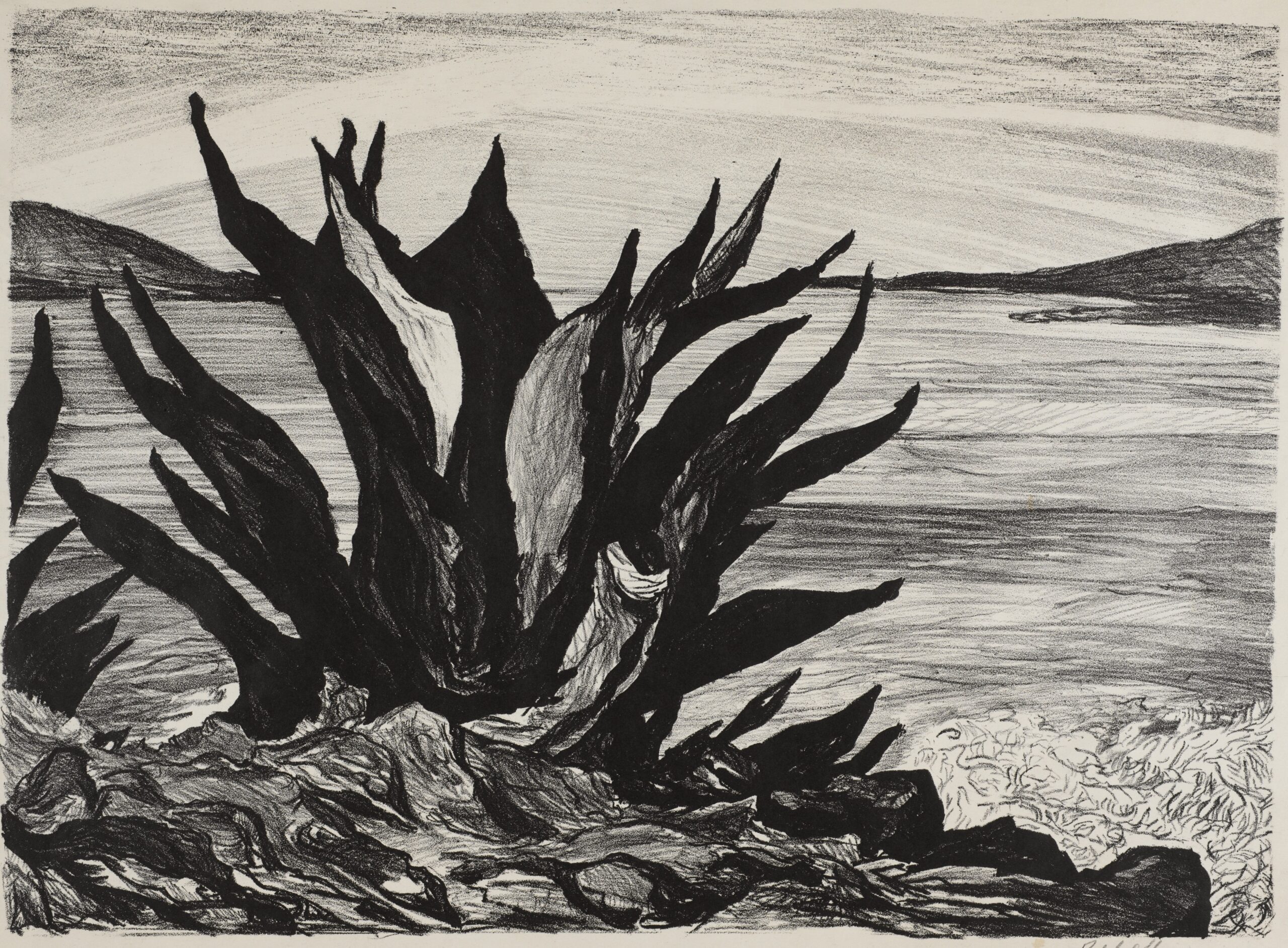 American-born Pablo O’Higgins was one of many artists who were drawn to the vibrant artistic and cultural scene in post-revolutionary Mexico. He first traveled to Mexico in 1924, and assisted Diego Rivera on one of his murals. O’Higgins gained renown as a leading muralist and printmaker in Mexico in the following decades, and helped establish the progressive printmaking workshop Taller de Gráfica Popular. In this lithograph O’Higgins focuses on a distinctive element of the Mexican landscape, the undulating leaves of the maguey plant, a type of agave that is traditionally used to make tequila. The maguey plant, which dates back to pre-Columbian Mexico, thrives in the arid and rocky soil and is often seen as a symbol of national resilience. 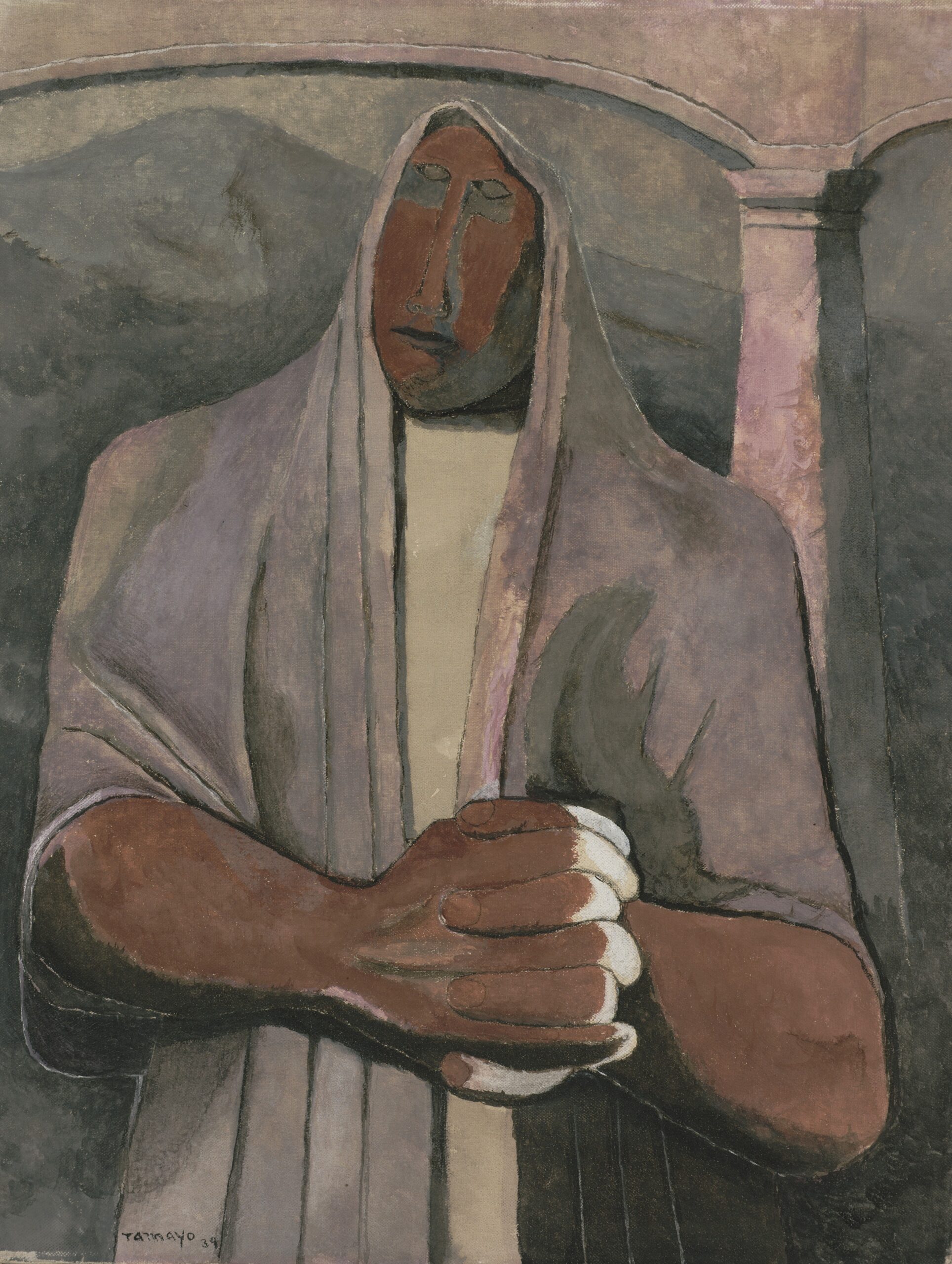 A woman’s tightly clasped and dramatically enlarged hands form a focal point in Rufino Tamayo’s Figure (of a woman). Rather than evoking a specific individual, her features are generalized and she is draped in a manner that could suggest a peasant or religious figure. Set against a column framing a mountain landscape, the woman’s monumental scale and solidity might signal that she is a symbolic counterpart for the land itself. Tamayo was one of the leading Mexican modernist painters in the mid-twentieth century. This work is characteristic of Tamayo’s more poetic and universalizing mode of painting, which often departed from the overt social and political themes of his modernist contemporaries in Mexico. 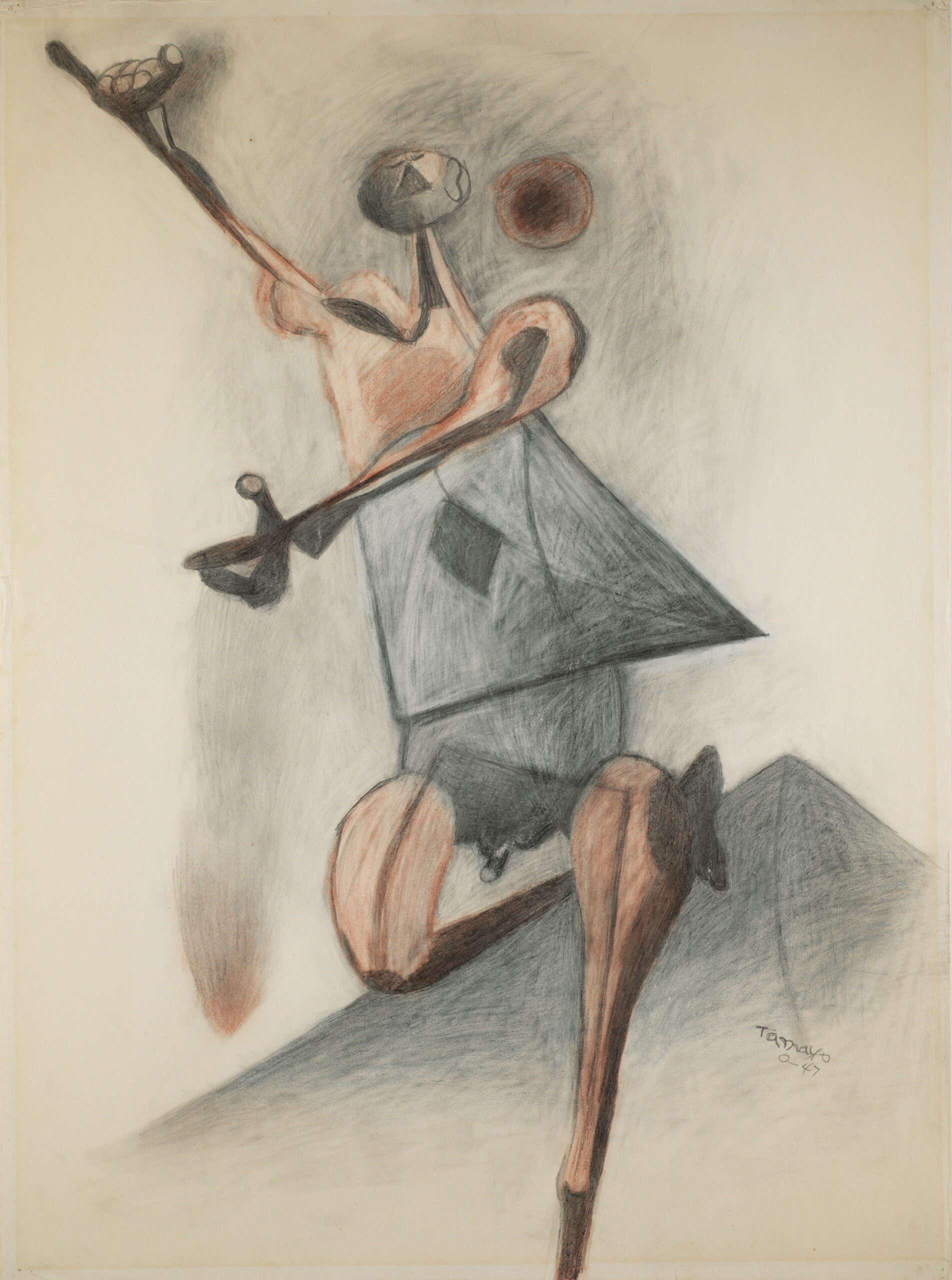 In 1946-47, Rufino Tamayo created a number of paintings and drawings depicting figures alongside astral or planetary orbs, provoking contemplation on the relationship between humankind and the larger universe. In Running Figure, an abstracted male figure with outstretched arms seems to flee in agitation. A red sun-like orb is placed above his shoulder, its form rhyming with the shape of his head. While its meaning is not made explicit, the drawing captures a mood of unease and existential anxiety that was evoked by many artists in the wake of World War II. Tamayo created this work during a decade when he was based in New York, where he was a key figure among international avant-garde circles.