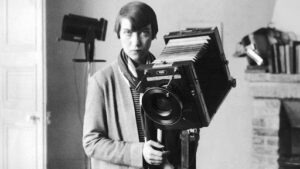 Framing Space explores the relationship between architecture and the photographic image, a perhaps unlikely pairing of two mediums that have become inextricably linked. On view are several works created from the mid 1930s through the 1970s depicting buildings and urban areas in various states of construction and destruction that explore the technique of framing as a methodology. The earliest work in the exhibition, Columbus Circle, Manhattan, was taken by documentary photographer Berenice Abbott in 1936 as part of her celebrated Changing New York series. Abbott’s revolutionary point of view, capturing a portion of the back side of an elevated street sign in shadow, exemplifies her appreciation for constructivist architecture as well as man-made, functional objects. Struck by the rapid transformation of the built landscape, Abbott chose to focus her lens on the view she saw through the messy clutter of the city, using it as a framing device rather than cropping it out of the composition. In the decade that followed Abbott’s innovative series, Andreas Feininger and Margaret Bourke-White explored themes of construction and reconstruction in war-time United States and post-war Europe. Like Abbott, they were both fascinated by the potential for transformation and revitalization offered by architecture and urban development. Feininger’s image of a towering hangar being built in New Jersey and Bourke-White’s view of devastated buildings in Essen each provides the viewer a window through the structure’s framework. The buildings’ skeletons create repeated diagonals and heavily outlined triangles that add dramatic effect to the composition. 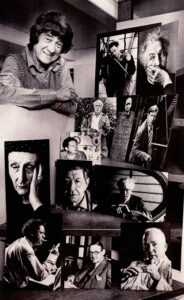 In photographs made in the 1950s by Ken Heyman and Rosalie McKenna, architectural elements such as window panes, stairs, and bannisters serve as frames and provide scale for the figures and the action in the images. In the case of Heyman’s photograph, two young children are seen crouching close together in the foreground surrounded by debris and decay. Looming brick buildings dominate the rest of the image emphasizing the vulnerability of the children. McKenna’s work captures a rare interior image from a fire in the Museum of Modern Art as silhouetted figures step into action. The demise of urban architecture is the subject of native New Yorker Danny Lyon’s year-long project Destruction of Lower Manhattan, completed in 1967. Two examples here frame views through the remnants of decrepit buildings left standing as entire city blocks and neighborhoods were demolished to make way for new construction. When André Kertész aimed his Polaroid camera out the window of his New York apartment in October 1979, he could not have predicted the events of 9/11 more than twenty years later, yet there is a melancholy feel to his photographs from this period. Framed by the black outline of the window and cast in an eerie blue light, a miniature glass bust seems to tilt its head in sorrow toward the World Trade Center’s twin towers which appear dwarfed by their distance from the camera lens.

Photographic representation of architecture allows us to define and interpret structures in ways that were not possible before the invention of photography. These remarkable photographs, all from the permanent collection, remind us of the ways in which structures, frames, and outlines influence how we experience space and how we understand photographic compositions.

This exhibition was held in the Hoene Hoy Photography Gallery, Fall 2018. 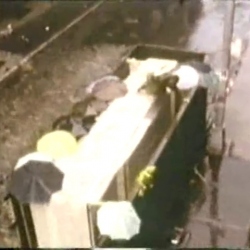 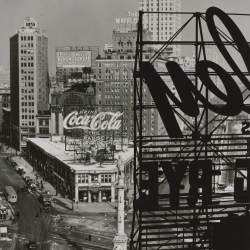 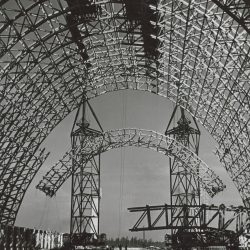 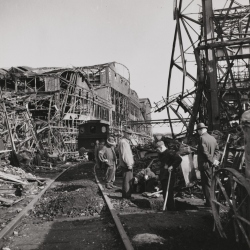 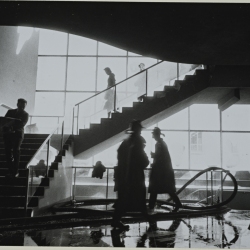 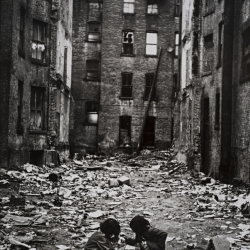 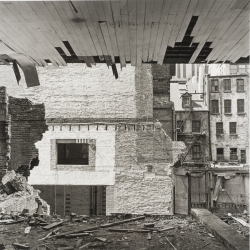 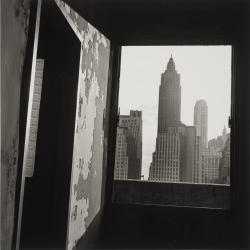 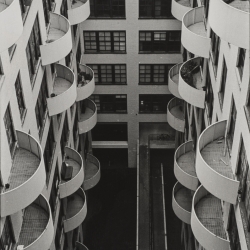 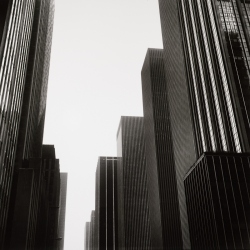 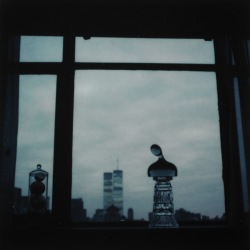 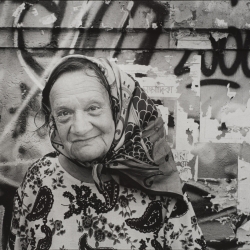