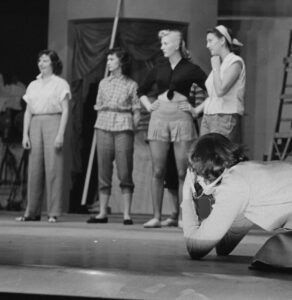 This exhibition presents a dozen delightful works by the pioneering photographer Grace Robertson who was born in Manchester, England, in 1930. Having left school early to look after her sick mother, Robertson reportedly discovered her vocation while she was waiting in line at a shop. She recounts, “I was standing watching two women talking, it was drizzling, and a bike had fallen over. And suddenly this butcher, whom I loathed, became a picture.” She informed her father that she aspired to become a photojournalist, and was, in turn, given her first camera in 1949. From the beginning she found sources of inspiration in everyday life.

Robertson’s father, Fyfe Robertson, was a writer and journalist who worked for the Picture Post, a groundbreaking pictorial weekly news magazine. When Grace began her career, photojournalism was a predominantly male discipline. For these reasons, she sent her first work to Picture Post under the pseudonym of Dick Muir. She remembers receiving the terse reply, “Persevere, young man,” and feeling encouraged. Soon she was selling work under her own name and she went on to create portraits of ordinary people for such publications as Picture Post, Illustrated, Everybody’s, and later Life magazine. Her images from the 1950s, now classics of photojournalism, captured the spirit of British society as it returned to the activities of normal life in the post-war era, from museum or pub outings to relaxing in Wimbledon Common.

In 1951, her first assignment for Picture Post was to document the work of sheep-shearers in a hill farm in Snowdonia, Wales. Working with staff writer David Mitchell, she experienced for the first time the hardships of another way of life, immersing herself in a world previously unknown to her. A few years later, Robertson captured the unrestrained and unselfconscious mood of a women’s annual pub outing. She later wrote about her subjects, “These women, with their amazing stamina, were a visible testament to survival, many of them having endured two world wars and the Depression.” The resulting images have become some of her best-known work, exemplary of her commitment to celebrating independent women and reporting on issues related to their lives. 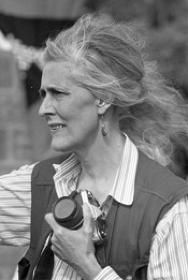 Throughout her career, Robertson acted as a pioneer with much the same energy as characterized the women she photographed. She created spontaneous, timeless images that offer rare glimpses of the human spirit, often with great humor and character. Her well-composed photographs balance aesthetics and documentation and demonstrate both a classic, fine art approach to the medium and a genuine interest in the lives of real people.

All of the works on view were generously donated in 2017 by Michael and Joyce Axelrod (Joyce Jacobson, Vassar class of 1961). The exhibition is supported by the Hoene Hoy Endowment for Photography.

This exhibition was held in the Hoene Hoy Photography Gallery, Summer 2018. 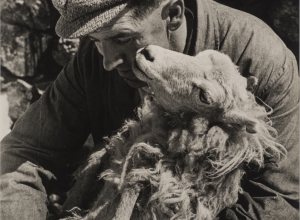 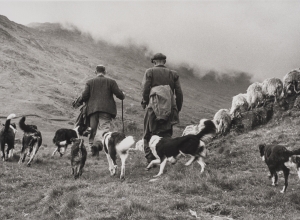 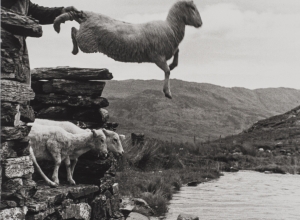 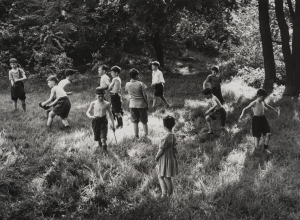 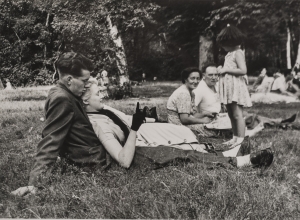 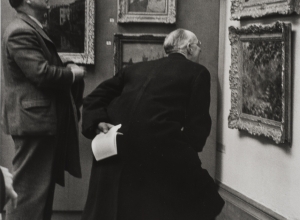 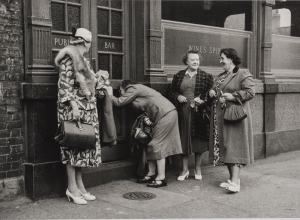 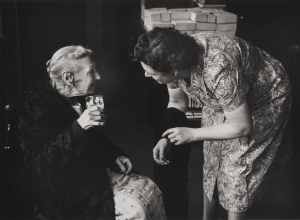 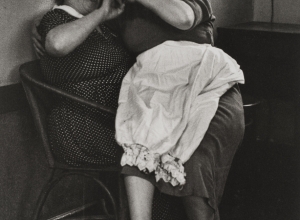 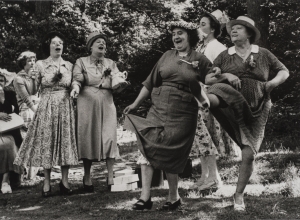 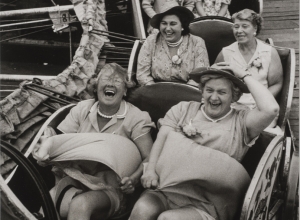 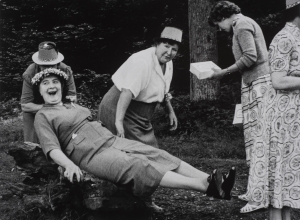